UK jobs board giant, CV Library, have released their quarterly report on the UK jobs market and it definitely sets a positive outlook for the rest of the year with applications, vacancies and salaries all climbing. Let’s take a closer look.

Vacancies are on the rise

Although generally speaking businesses tend to up their recruitment game at the start of each year, this year has seen a particularly large increase in job vacancies available compared to Q4 of 2017 at a staggering 11.8%.

Following on from this, compared with Q4 of last year, the report shows that this year, so far, we’ve seen a phenomenal increase in job vacancies within the Agriculture, Legal and IT sectors. Shedding some light on our current EU situation, CV Library were pleased to report that it seems businesses and candidates are adapting well and “businesses were undeterred by ongoing economic uncertainty”.

We’ve seen a positive change when it comes to pay with a slight but better nonetheless 1% increase which means “pay outpaced national inflation for the first time in a year”. It seems that businesses are continuing to tailor their packages to their employee’s needs, which is definitely a step in the right direction. Some cities that have increased their salaries are Aberdeen, Southampton and Portsmouth with many of these increases being within Hospitality, Catering and Accounting.

The report showed that candidate registrations were up in Retail, Social Care and Education, but even though this may be the case, application rates were still the same compared to Q4 of 2017, suggesting they are passive candidates and will only make a move for the best role.

So that’s it for this year’s first quarter. What do you think is in store for the remainder of 2018? Get in touch via our Facebook, Twitter and LinkedIn pages!

"Their knowledge of the industry, our organisation and candidates is one of the leaders in the market. They have always been able to supply us with the right calibre of engineering candidate no matter what the discipline or regional location is.

"In my dealings with First I have found them to be responsive, knowledgeable, quality-focused and engaging in their approach. I would have no hesitation in recommending the services of First Recruitment Group to any prospective customers."

"We have a good working relationship with First Recruitment and they always put every effort in to filling our positions whether it's on a permanent or contract basis. First have an honest and open approach to recruitment and their clients which is refreshing. First offer an excellent payroll service which compliments their overall delivery service to MWH Treatment."

“As the biggest services supplier to the nuclear industry our demand for personnel is significant, when I have an urgent requirement I know I can rely on First Recruitment to rise to the challenge.

“As a preferred supplier for temporary labour and a fundamental part of our permanent recruitment process we get the right people at the right time. Whether its highly technical/specialist resources or back office support personnel the approach is to the same high standard.”

"First Recruitment are on the 1st Tier of Sweett Europe’s preferred supplier list. We have found First recruitment to be hugely supportive and value adding partners to Sweett, helping us source a wide range of roles. The consultants at First are hugely knowledgeable and have a real desire to listen to, and understand, our needs. They have shown an unrivalled desire to work on hard to fill roles using innovative methods to ensure they always supply us with CVs.

"I have been hugely impressed by their willingness to support us, even when we have simply been after guidance which would not attract them a fee. I would be more than happy to recommend First Recruitment Group to any prospective organisation, and to discuss in more detail their capabilities."

“We’ve worked with First Recruitment for over 12 years and have built up a great relationship with their team. They’ve helped us in sourcing contractors for our chemical division, maintaining consistently high standards in delivery, and we hope to continue building on this relationship in the future. I have no hesitation in recommending First to others.”

"We have used First Recruitment to support the recruitment of several key roles within our business. The quality of the candidates put forward were extremely high which helped enormously in our ability to fill all roles, also the candidates have all been a success since joining our business. They were prompt, knowledgeable and very professional and made the recruitment process for us extremely simple. The service we have received has been first class and I would highly recommend the services of First Recruitment to any Company looking to fill a vacancy."

“I have worked with First Recruitment frequently over the last couple of years. Their ability to understand our business and support me in terms of recruitment has been excellent. Candidates are screened initially to meet our requirements and taken through the process in a professional way. I would have no hesitation in recommending First Recruitment to any employer who needs that little extra support in their recruitment process."

“I have found First Recruitment to be very efficient and professional in their approach to recruitment. They were able to gain an in depth understanding of the needs of our business and source high quality candidates. I would highly recommend their services to anyone with a recruitment need.”

"First Group are one of the key suppliers to Cobham. The team are quick to respond, friendly and professional, and as such have made a massive difference to the account. The team have supported and filled a variety of roles. Without hestitation I would recommend First." 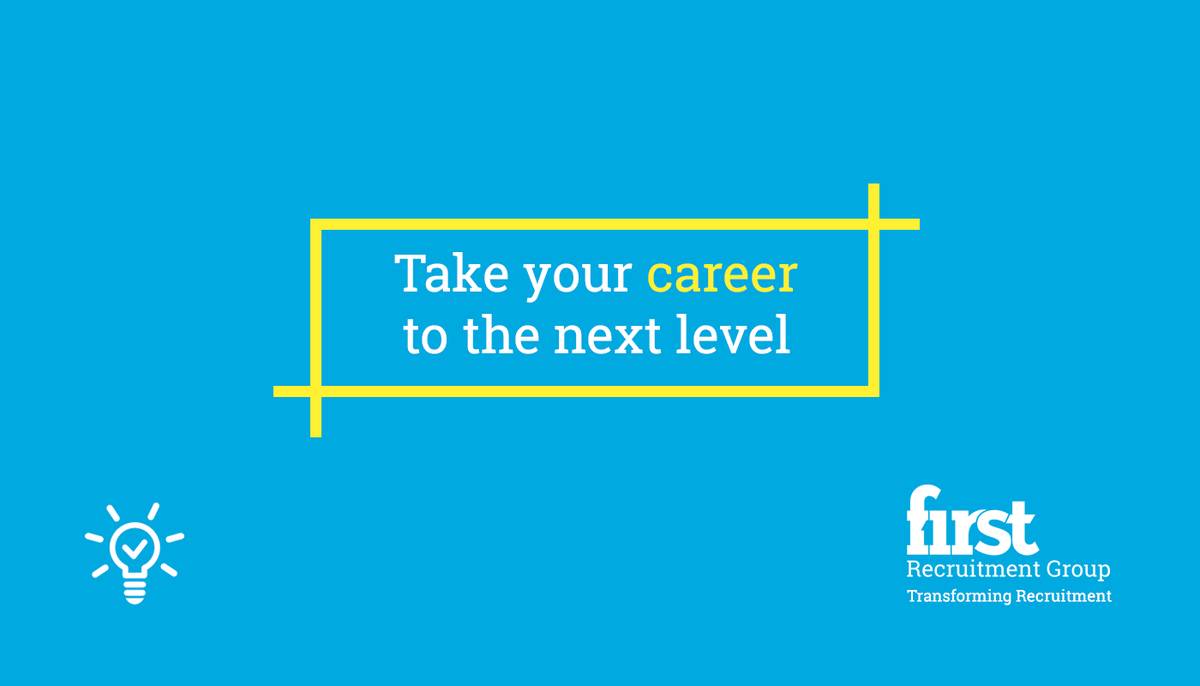 Wanting to advance in your career but not sure how to get there? ➡️ https://t.co/oawqiXFJQV Drop off your CV and we’ll work with you to help secure your dream job. #JobSearch #CVTips #CareerAdvice https://t.co/r95ploHvSu 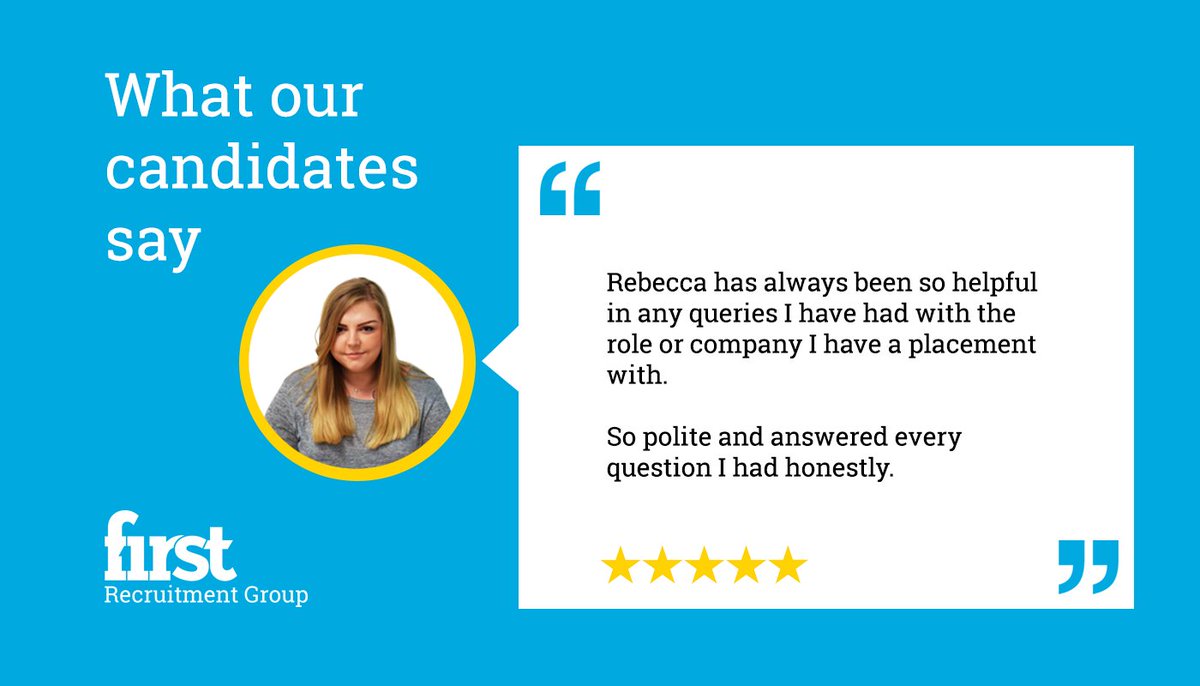 TODAY’S THE DAY TO TAKE CONTROL OF YOUR MANUFACTURING CAREER ⚙️ 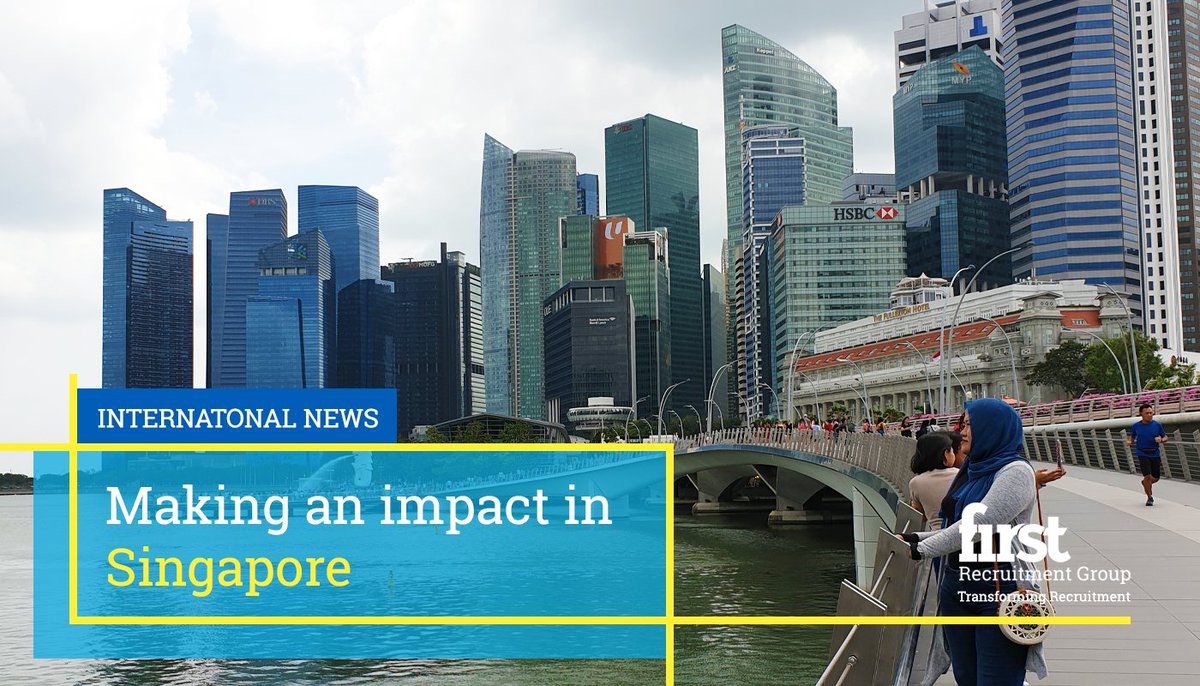 Following the introduction of our new Singapore Operations Manager, Madeleine Neo, we're pleased to say she is already making a real impact in her new role with clients and consultants. Great to have you onboard Madeleine! #Singapore #OilandGasProjects #Operations #Team https://t.co/Xgsu6OlOLl

CHEMICALS JOBS IN MIDDLESBROUGH, LANCASHIRE & MANCHESTER ➡️ https://t.co/oDscPFUNg2 ARE YOU… ✔️ Self motivated ✔️ Able to work independently ✔️ A good problem solver If this is you, apply via the link above! https://t.co/y3fzLtDWjs